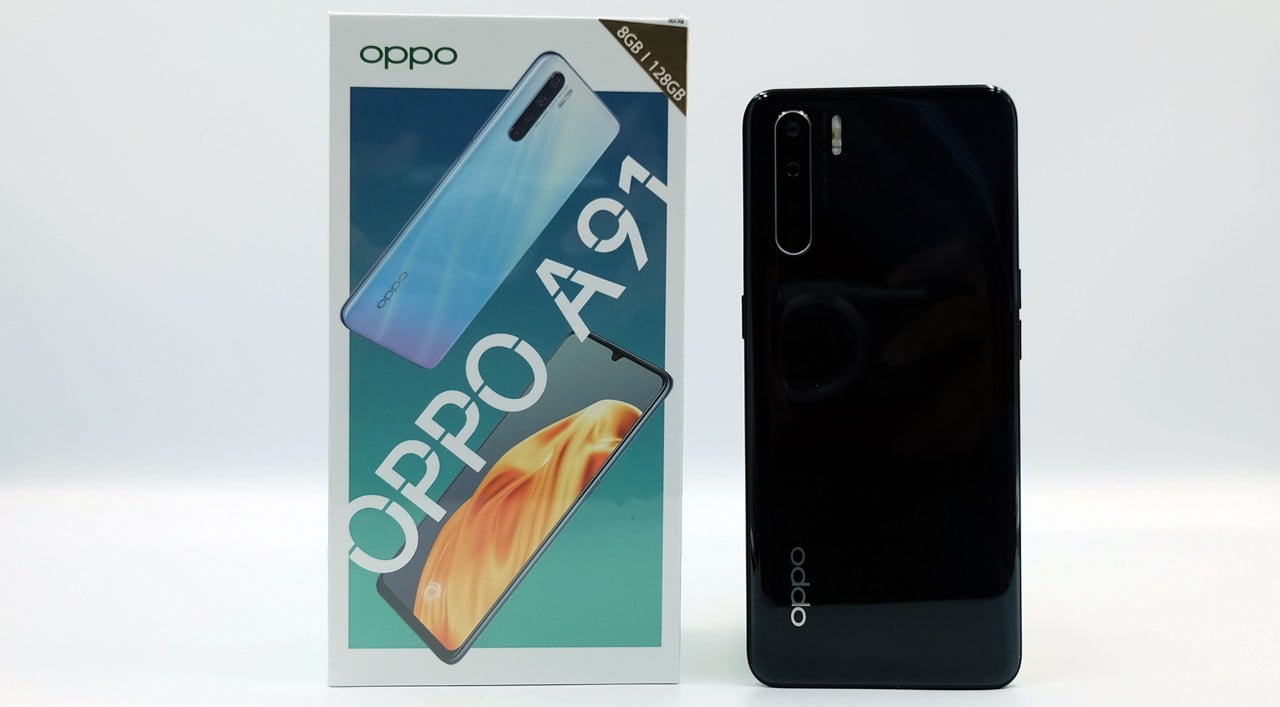 Gadgetren – After its official sales which fell on March 24, 2020 at Shopee, the Gadgetren team had the opportunity to see the OPPO A91 hands-on.

On the cover of the sales box, you can see the OPPO logo along with the OPPO A91, the shape of the smartphone that looks back and front, gradation background, and the description of RAM capacity and internal storage.

After opening the lid, there is a box that contains a warranty card, a user manual card, SIM Ejector, and an additional softcase. Just below this box is the OPPO A91 smartphone. 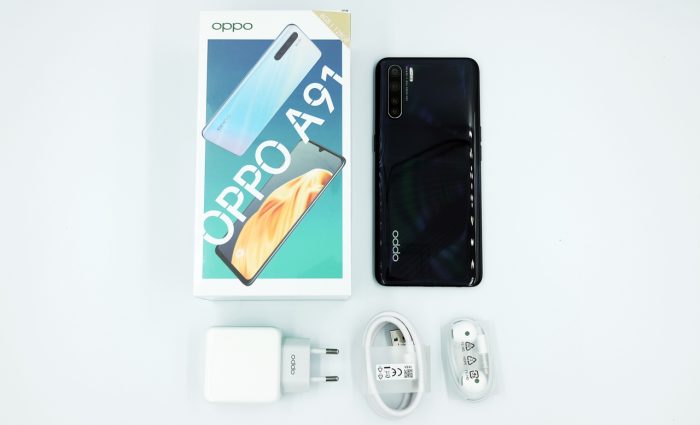 Continuing under the OPPO A91, there is a data cable, charger adapter, and built-in earphones. For the record, the data cable and charger adapter that is owned by this smartphone supports 20W VOOC Flash Charge 3.0 technology that allows fast battery charging.

On the rear body, there are four rear cameras arranged vertically with 48 MP main camera configuration, 8 MP ultrawide, 2 MP monochrome, and 2 MP macro. The many functions of this camera allow users to be able to be creative in producing interesting photos.

Right to the right of the rear camera is the words Designed for A-Series and LED Flash. Not to forget, the OPPO logo was pinned on the bottom. There are curves on the left and right of the rear body that makes it easy for users to hold the OPPO A91 using only one hand. 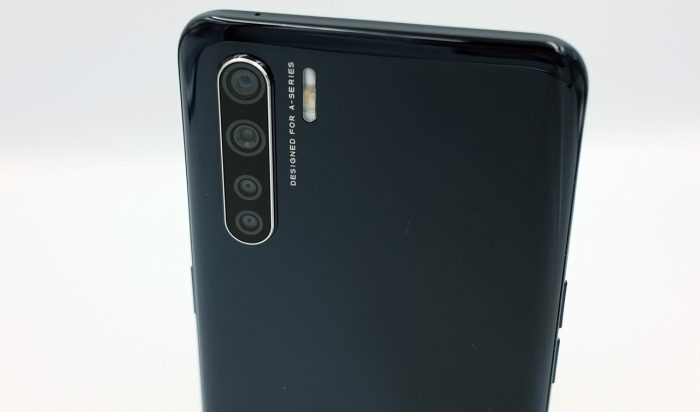 The rear body itself has polycarbonate material that is designed to resemble glass so that it will be shiny when exposed to light reflection. It so happened that on this occasion Hands-On used OPPO A91 with Lightening Black which made it look sturdy.

Turning to the front, there is a 6.4-inch screen that meets the front complete with bangs shaped as drops of water. Full HD + resolution and AMOLED technology make the OPPO A91 screen able to display content sharply and brightly when viewed in plain view.

In addition to making the top bezel small, this OPPO A91 bangs is used to store a 16 MP front camera. While the smartphone's fingerprint sensor is pinned right inside the screen.

At the bottom there is a 3.5mm audio jack port, USB Type-C, and speaker holes. For the power button is placed on the right, while the SIM card slot and microSD and volume buttons are pinned on the left.

In my opinion, OPPO A91 is quite light when held because it has a weight of 172 grams and a thickness of 7.9mm. In addition, the operating system of this device is easy to use because ColorOS 6.1.2 based on Android 9 has a simple display interface, but many features in it. 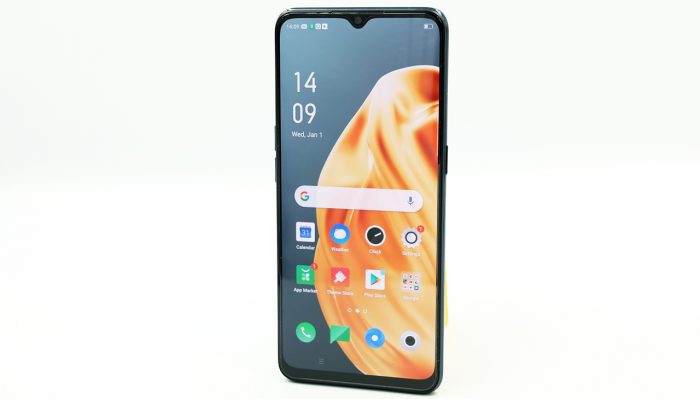 OPPO A91 can navigate, switch between applications, and run applications seamlessly because it is equipped with a MediaTek Helio P70 Octa-Core chipset combined with 8 GB of RAM.

128 GB of internal storage embedded in this smartphone makes it easy for users to store many documents, photos, videos, music, applications, or games at once. With the features it offers, OPPO A91 is sold in Indonesia with an official price of Rp 3,999,000.

How to Block Unwanted Calls, Messages and Contacts on HP OPPO

Wed Mar 25 , 2020
Gadgetren – We sometimes really need to block annoying telephone numbers so that we no longer call or send messages that do not match what we expect. Various kinds of smart phones are fortunately still equipped with special security features that can be used to block numbers, including those made […]

How to Shop at Traditional Markets Through the LinkAja Platform