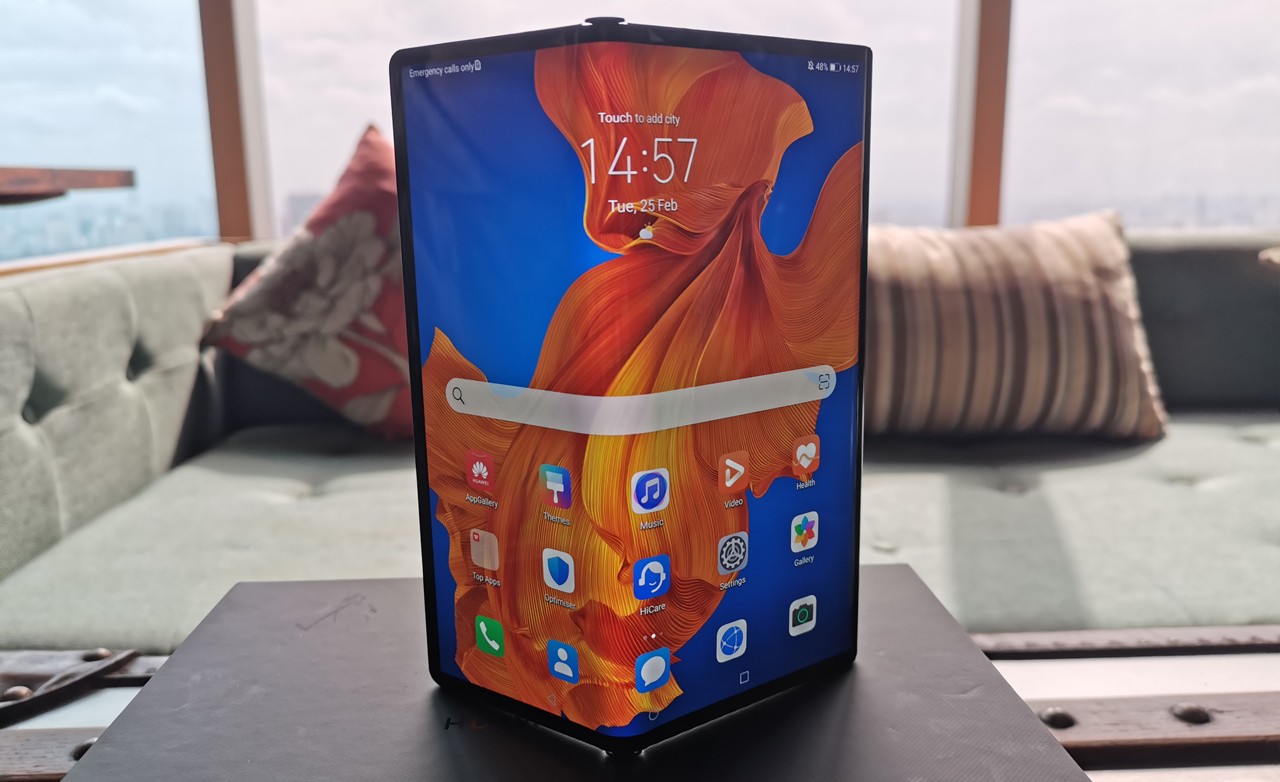 Gadgetren – HUAWEI Mate XS, the second folding cellphone from Huawei, can now be ordered by the people of Indonesia. Huawei has opened the pre-order stage until April 14, 2020.

Indonesian people can order Huawei's innovative devices through the buying and selling platform Blibli.com or directly to the Huawei High-end Experience Store (HES) throughout Indonesia at a price of Rp. 38,999,000.

Especially for Mate XS customers through Blibli.com, they will get several additional benefits such as free gifts in the form of Leather Pouch, 0% installments up to 24 months, and VIP services which include screen replacement at half price and one to one online customer service.

Mate XS subscribers via Blibli.com will also get their device sooner because this product will be sent in April 15, 2020 for the first 30 customers and starting April 22, 2020 for the next customer.

Mate XS is an upgraded version of HUAWEI Mate X which was launched earlier last year. This new device brings screen technology that is claimed to be more powerful than the old version.

Mate XS comes with a screen design called the Falcon Wing with a screen that can be folded to the outside so that the device does not require an additional screen like its competitors, the Samsung Galaxy Fold.

With the folding screen system offered, this latest Huawei folding device can be bagged as easily as a cellphone in general and is used like a tablet with an 8-inch screen. 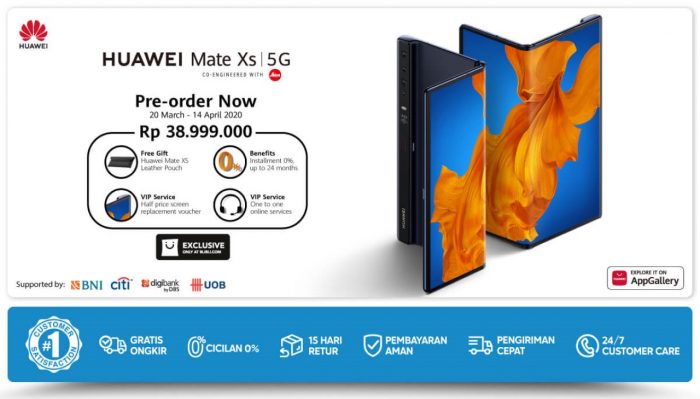 On the inside, Mate XS packs new technology from the Kirin 990 5G chip combined with 8 GB of RAM, 512 GB of internal storage, and 4,500mAh battery.

However, it should be noted, this device packs EMUI 10 based on Android 10 without Google Mobile Service (GMS) due to business sanctions from the United States. Even so, they replaced the service with their own service called Huawei Mobile Services (HMS).

Mate XS interestingly not only offers flexibility but also photography support that is not less than most flagship devices made by Huawei in other lines.

With a main camera that can be used as a front camera, Mate XS has a 40 MP main camera, an 8 MP telephoto camera, a 16 MP wide angle camera, and a 3D TOF (Time of Flight) camera.