If Nokia 1 and Nokia 1 Plus use chipsets made by MediaTek, this time Nokia 1.3 uses Snapdragon 215 Quad-Core 1.3 GHz. While 1 GB of RAM and 16 GB of internal storage also accompanied the Qualcomm-made chipset.

HMD Global also has presented a microSD slot up to 400 GB that can be used to add storage capacity on Nokia 1. Although this device uses low RAM, Google and HMD Global promise smooth performance because they have used Android 10 (Go Edition). 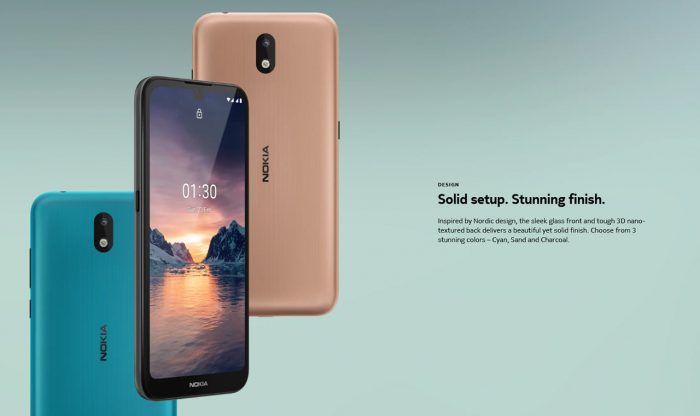 Google claims that the operating system has been optimized to run smartphones with 1 GB of RAM or below smoothly. In addition, there are also applications labeled “Go” that are efficient in using RAM capacity and internal storage.

Some Go applications that have been present on Google Play include Android Go, Google Go, Files Go, Google Maps Go, YouTube Go, and many more. While there is a new application called Camera Go which is directly pinned on the Nokia 1.3.

The 3000mAh battery that is present in this product is claimed HMD Global can last for one day in standard usage. Unfortunately Nokia 1.3 is only equipped with a 5W Charger so that charging the battery does not run fast.

Turning to the front, there is a 5.7-inch full screen and HD + resolution. In addition to reducing the size of the bezel at the top, the waterdrop-shaped bangs are also used to place the front camera with a 5 MP resolution. 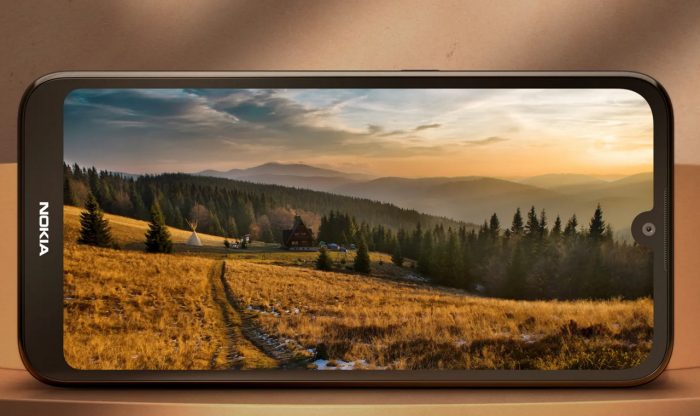 Although there is a Face Unlock feature to unlock the screen, the fingerprint sensor is not embedded in Nokia 1.3. While the rear camera of this smartphone has a resolution of 8 MP with LED Flash support.

In addition to the volume and power buttons, HMD Global has also pinned a special button to call Google Assistant on Nokia 1.3. Not to forget, support for 4G-LTE networks, WiFi, and Bluetooth 4.2 has been present in this device.

Fri Mar 20 , 2020
Gadgetren – The Ministry of Communication and Information of the Republic of Indonesia in cooperation with WhatsApp and Telkom Group has prepared a WhatsApp Chatbot Account related to COVID-19 which has been accessible to the public since March 19, 2020. The account is named covid19.go.id with the cellular number 08111-333-99-000. […]