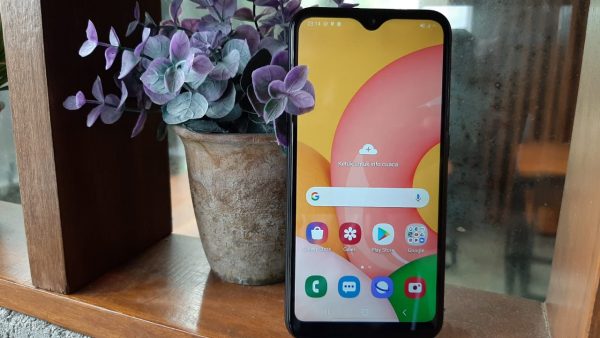 GadgetSquad.ID – “One for a million styles” the sentence becomes Samsung's slogan, for the Galaxy A01 which has just been released in Indonesia. Through the Galaxy A01, Samsung confirmed that the South Korean manufacturer consistently fought on all fronts.

Yup, if previously Samsung was keen to bring the flagship series to the country through the trio of Galaxy S20 and Galaxy Z Flip, the Galaxy A01 series actually came from the entry level smartphone class.

In its launch, the Samsung Galaxy A01 is predicted by Samsung to be the successor to the J2 Prime series, which was the star of the entry level class some time ago. So! Can the Galaxy A01 become a new star in the beginner class? Following the review 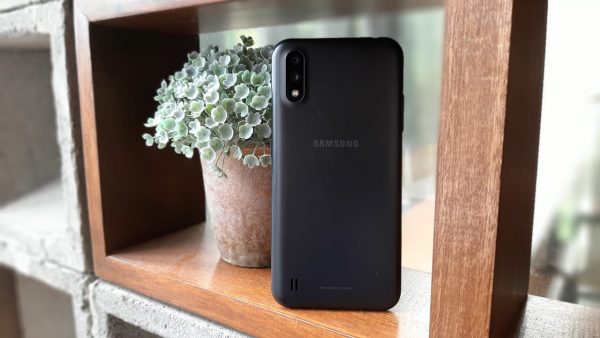 When introduced to the media, the Samsung said if one of the attractions of the Galaxy A01 is in terms of design. Well, when GadgetSquad saw the Galaxy A01 for the first time, it could be said that this cellphone display was far from luxurious.

It does not look fancy even tends to be standard, but when this hand is holding the Galaxy A01, this new phone feels to have features in terms of design.

Galaxy A01 body is very compact, so it is very comfortable to hold with one hand. Mantabnya again, the rear body cover is made of mate material so it is not slippery when held.

With a combination of proportional body plus mateab material that is perfectly grasped, the Galaxy A01 is Samsung's answer for those of you who have been uncomfortable with a big body wrapped in a glossy, glossy material. 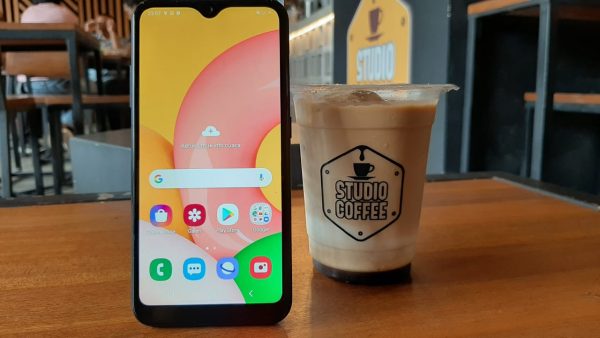 Although coming from the beginner class, the display screen of Samsung Galaxy A01 is still up to date. Galaxy A01 has a screen concept Infinity V, where at the top there is a small notch where the front camera lens is embedded. The screen itself has a span of 5.7 inches, TFT type with a resolution of 720 x 1520 pixels.

Interestingly, the Galaxy A01's screen display, comes with the One UI 2.0 user interface, which offers a more natural interaction because all menus are divided into (two) viewing areas. Where in the top area for information, while the bottom side where to interact.

The composition of the cell phone screen is indeed not luxurious, but to compete at the beginner level is quite sufficient. During the testing process, the Galaxy A01 screen is also somewhat responsive.

As a beginner class phone, don't expect the Galaxy A01 to be armed with a first-class camera lens. However, that does not mean the quality of the Galaxy A01's camera shots, can be overlooked one eye.

For imaging menu composition, Samsung has two main cameras with 13MP and 2MP lenses, and one front camera with 5MP lens.

When explored, the 13MP lens turned out to have f2.2 openings, as a result the quality of the Galaxy A01's photos especially in normal light conditions is quite sharp and bright. When testing the live focus menu, the 2MP depth sensor lens works nicely, so it can produce natural bokeh images

The 5MP front camera also allows users to take selfies with bokeh backgrounds, as well as for security with face recognition methods.

From the results of exploration, it can be said that the quality of the Galaxy A01 camera is quite decent to compete in the entry level segment.

Processor
This smartphone runway uses Snapdragon 439 chipset, combined with 2GB RAM and 16GB ROM. There is also a microSD memory card slot that is separate from SIM Cards 1 and 2, which supports capacities up to 512GB.

This specification is claimed that Samsung has fulfilled the daily needs of entry-level smartphone users who generally access social media and messaging applications, and access video and music streaming. When tested, Samsung's claims can be justified.

Wed Mar 18 , 2020
Price list for Xiaomi 2019 – Xiaomi smartphones have always been an idol in Indonesia. Many people buy it because it's cheap and high quality. The average Xiaomi smartphone is also equipped with top-class specifications, but with a pocket friendly price. For this reason, the smartphone from China is selling […]