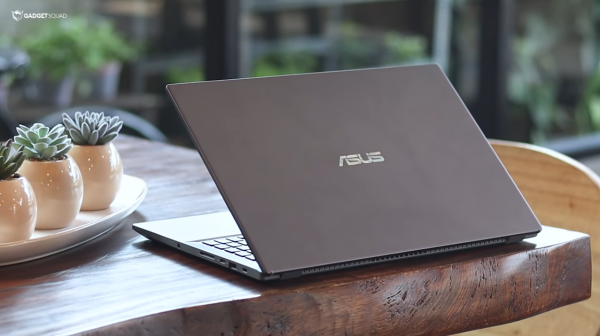 Asus ExpertBook P5440FA is a thin and portable laptop, very suitable for use by professionals and active business people. How about the ability and support for users? The following is the review

For business people who work outside the office every day or often referred to as mobile business people, the need for devices that can support work such as laptops is very important. Unfortunately not all laptops are suitable for use by mobile businesses. Not just being able to run office applications such as Microsoft Office, these laptops must also be easy to travel, tough, and have long battery life.

Laptops for mobile business people must also be equipped with a reliable security system, such as having a biometric identification system, as well as using an operating system that has an extra security system and features that can connect the laptop to the company's internal network. All these needs are absolutely in order to support all the work that will be done. Unfortunately, not all laptops come with the features mentioned and most consumer class laptops do not have them. 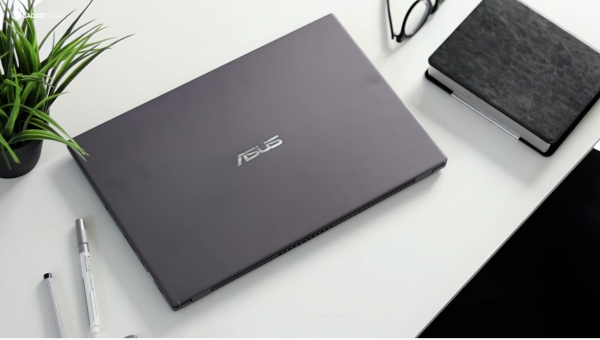 These problems are what the ExpertBook P5440FA wants to answer. This laptop from ASUS, designed specifically for professional and business needs, comes with a body that is slim enough and lightweight, so it's easy to carry around. One more thing that is not less important is that this laptop is equipped with various special features to facilitate and provide more productivity to its users who are business people or professionals with busy activities and often work on a mobile basis.

The ASUS ExpertBook P5440FA comes with an 8th generation Intel Core processor that has fast performance but still saves power. These two main features are very important to be present in a business laptop such as the P5440FA ExpertBook because this laptop is designed to be able to accompany its users anytime and anywhere. P (un) quality processor must be present on this laptop.

The Intel Core i7-8565U embedded in the P5440FA ExpertBook is a processor with 4 core and 8 thread configurations that are powerful enough for multitasking. This processor is also capable of running at speeds up to 4.6 GHz and comes with a series of the latest technology. 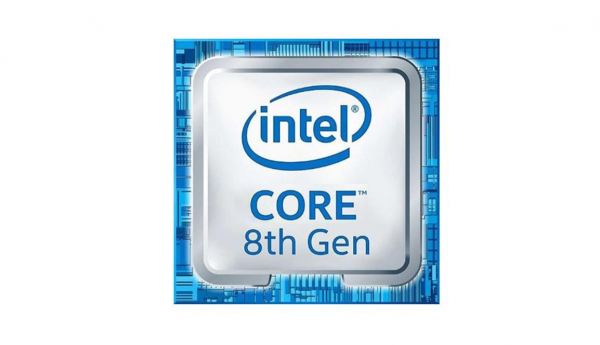 The Intel Core i7-8565U processor has also been equipped with an integrated Intel HD Graphics graphics chip. This graphics chip already supports a variety of the latest graphics technologies and is sure to meet the needs of everyday use. Interestingly, the Intel HD Graphics chip comes with very low power consumption so that the ExpertBook P5440FA can be used longer without having to connect to a power source.

ExpertBook P5440FA uses an ultraportable design specifically designed so that users can be more productive anywhere. Besides coming up with a simple design that shows a professional feel, this laptop also has a very tough body. In addition, the ExpertBook P5440FA has a screen with a thin bezel so that the overall size of the body can be present more concisely. That is one of the reasons why this laptop is very easy to carry. 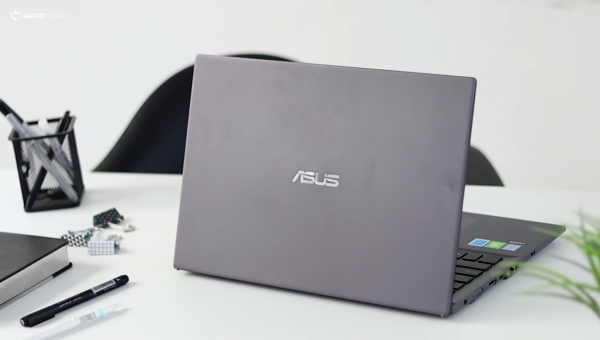 Back on the screen, the ExpertBook P5440FA uses a body design with a screen that can be stretched up to 180 degrees making it easier for users to work in various positions. The screen design can also be used for the needs of collaborative work and allows many people to view the content displayed.

The ExpertBook P5440FA screen itself uses a 14-inch LED panel with Full HD resolution (1920 × 1080 pixels). The screen is equipped with an anti-glare feature so that the content can still be seen even if the screen is exposed to light. This is very important considering this laptop is intended to work mobile in various conditions, including outdoor conditions that are exposed to light. 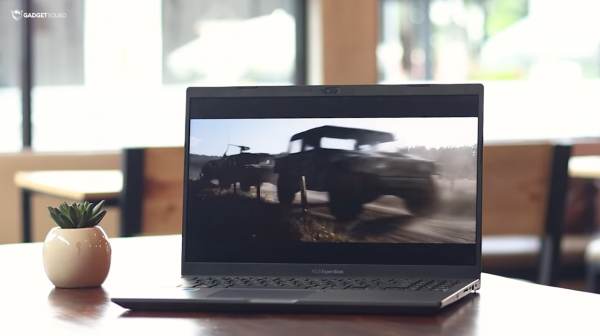 The keyboard on this laptop has a key pitch of 19.05mm and a 0.15mm dish key, making the fingers easily adaptable to the position of each key. To be more comfortable, the keyboard on the P5440FA ExpertBook comes with a 1.5mm travel key. The key travel gives the sensation of typing right, so the button pressure is not too shallow and not too deep. 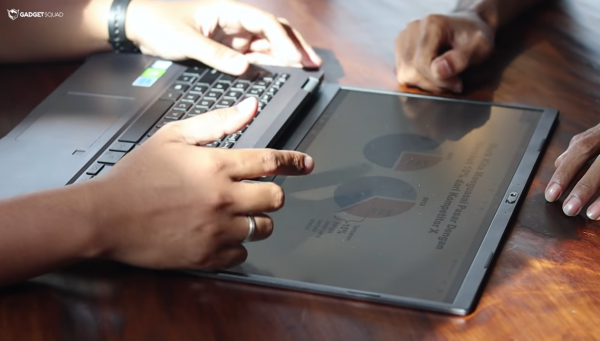 The most interesting part of the design of the ExpertBook P5440FA body is its weight which is quite light. With the features mentioned earlier, the ExpertBook P5440FA only weighs 1.23 pounds. Not only that, this laptop is also quite thin with a thickness of 18.5 millimeters. No wonder this laptop is one of the most compact and lightweight enterprise class laptops owned by ASUS at the moment.

One of the requirements for a laptop to carry the title as a business or enterprise laptop is the completeness of its connectivity. Unlike ordinary consumers, business and enterprise users need a variety of special connectivity to connect to a variety of custom devices.

For this reason, the P5440FA ExpertBook is equipped with a myriad of connectivity. Not only standard connectivity like USB and WiFi, this laptop is also equipped with HDMI and USB Type-C which is very flexible. In order to connect with various peripherals, ASUS presents a variety of additional accessories such as USB to LAN and USB Type-C to VGA converter.

An enterprise-class laptop also has differences in terms of software and security systems. The P5440FA ExpertBook itself uses the Windows 10 Pro operating system, not Windows 10 Home which is usually found on ordinary consumer-class laptops. Windows 10 Pro has a variety of additional features for professional users that do not exist in other Windows 10 variants. 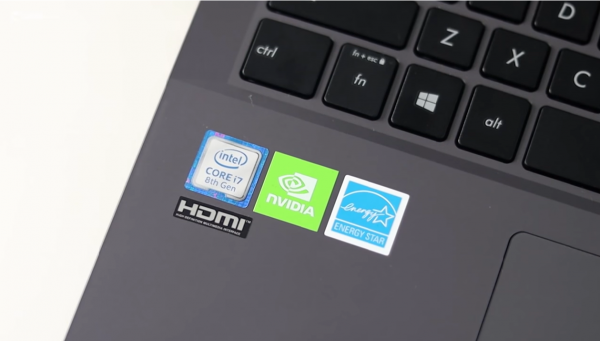 Assigned Access 8.1 for example. This feature allows administrators to block certain applications from being used by users in other User Accounts. Other features such as BitLocker make this laptop more secure by encrypting the data contained in it. BitLocker is even one of the most sophisticated data encryption features today.

Security is also not only from the software side, but also hardware. ExpertBook P5440FA is equipped with a fingerprint reader alias fingerprint that has been integrated with the Windows Hello feature. Thus, you no longer need to type a password to log into the system. Just put a finger in the fingerprint and you will enter the system instantly.

Speaking of performance, the P5440FA ExpertBook is not a device to run super heavy work or even play games. It is a laptop specifically designed to support productivity and a device that works in a mobile way, and that's why ASUS presents hardware that can be said to be very capable.

Starting with the processor, the ExpertBook P5440FA is powered by an 8th generation Intel Core, the Intel Core i7-8565U. The processor with 4 cores and 8 threads has a processing speed of up to 4.6GHz and a cache of 8MB. The performance is quite good and for more details can be seen from the following benchmark results. 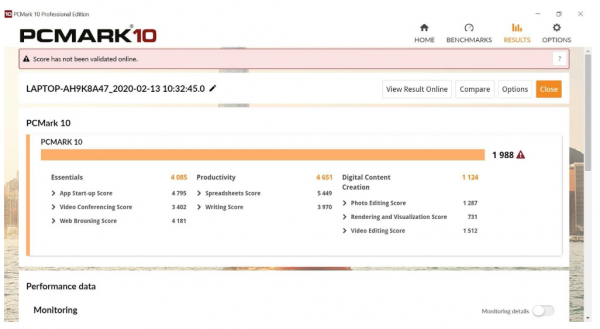 ExpertBook P5440FA is supported by DDR4 RAM with a capacity of up to 8GB. Through this capacity, users can work multitasking without obstacles. Coupled with the use of M.2 SSD, the ExpertBook P5440FA is also increasingly nimble. Besides having higher durability, SSDs also have faster performance than hard disks so that applications can run faster. 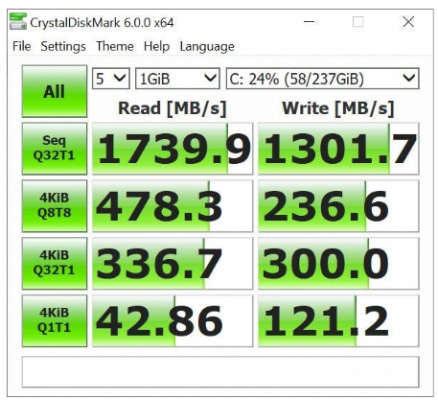 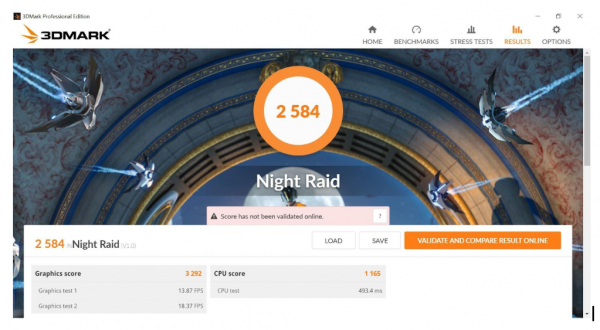 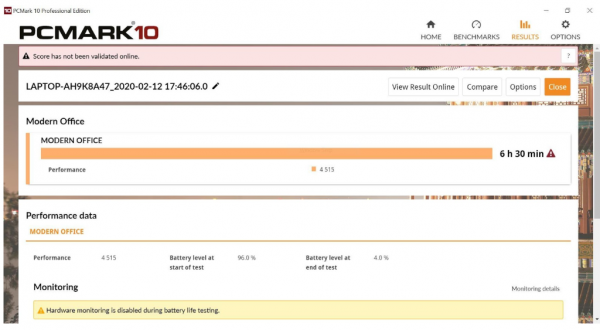 As a laptop specifically designed for travel, the ExpertBook P5440FA comes with a reliable battery that can last long enough. Based on testing using PCMark 8, this laptop can last for approximately 5.5 hours with active WiFi conditions, battery life mode, and a screen brightness level of 50%.

Tue Mar 17 , 2020
How to fix Xiaomi fingerprints that don't work – Fingerprint sensor is an Android smartphone feature that is quite popular at this time. The function of the fingerprint sensor feature itself is to maintain data security from the cell phone. So with this feature users will feel safe to protect […]