GadgetSquad.id – Xiaomi kicked off the country's market with the new smartphone Mi Note 10 Pro. Before discussing more about the Xiaomi Mi Note 10 Pro, maybe readers already know that this smartphone brings advantages, one of which is from the photography sector with its 108 MP camera. That's not wrong, but actually besides bringing the advantage of the moment's viewfinder, there are still a number of interesting things that are embedded in the Xiaomi Mi Note 10 Pro for its users. Anything? Come, see the following review. 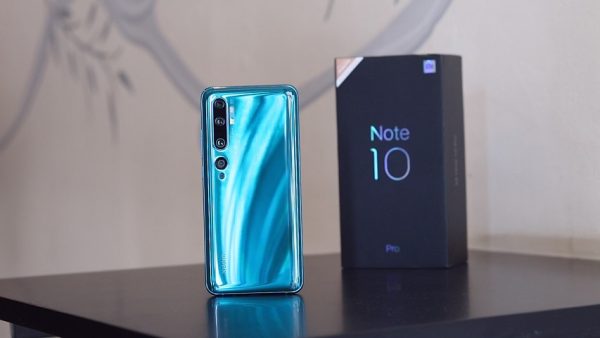 As mentioned above, the Xiaomi Mi Note 10 Pro doesn't just want to appear with a capable camera feature. Problem body concoction, this smartphone also deserves thumbs up. First, the Xiaomi Note 10 Pro has adopted a flagship design with a 'edge display' concept screen. This makes the smartphone look elegant and comfortable to hold.

While the back of the Xiaomi Mi Note 10 Pro is closed with a polycarbonate panel that has got a metallic wash that makes it look sleek and a little slippery. Overall the body of the Mi Note 10 Pro is blended with glass material in the front area and aluminum frame and policarbonate rear panel. Interestingly, both the front and back of the smartphone, both have been coated with protective Gorilla Glass 5. 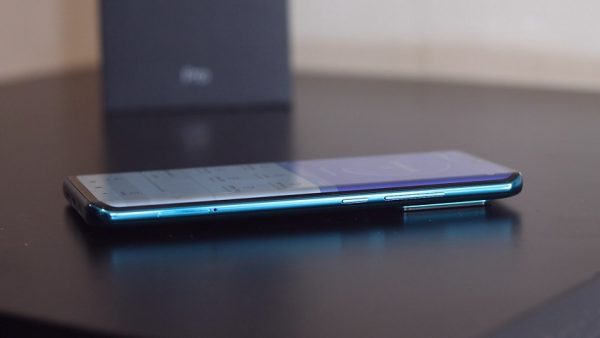 The screen of the Xiaomi Mi Note 10 Pro stretches with a diagonal of 6.47 inches and has small, water-drop-style bangs as the front camera sensor. With a wide display screen, this smartphone is formulated with dimensions of 157.8 x 74.2 x 9.7 mm and weighs 208 grams. A number of components are also visible on the outside of the smartphone, such as the power button and volume button, USB Type-C port, IR blaster on the top side, and the 3.5mm audio port located on the bottom side.

Oh yes, it has appeared with a slick design, the sales package Mi Note 10 Pro is also equipped with an additional casing. This casing is not only useful for bumpers to withstand shocks, with the addition of a smartphone casing becomes more rough and not slippery, although on the other hand it also makes the smartphone body feels bigger.

No less, for matters of display Xiaomi Mi Note 10 Pro has adopted AMOLED display technology that has a number of advantages, one of which is from the high level of contrast.

In addition, the smartphone screen has also adopted the DCI-P3 standard color spectrum, which is ready to present a better viewing experience. Another positive thing, the AMOLED panel that carried the Mi Note 10 Pro also supports HDR10.

As for when referring to its size, this smartphone has also been classified as adequate because it already displays a 6.47-inch display with full HD + resolution (1080 x 2340 pixels) which stretches at a ratio of 19.5: 9. So, in terms of sharpness, the Mi Note 10 Pro screen is not in doubt. 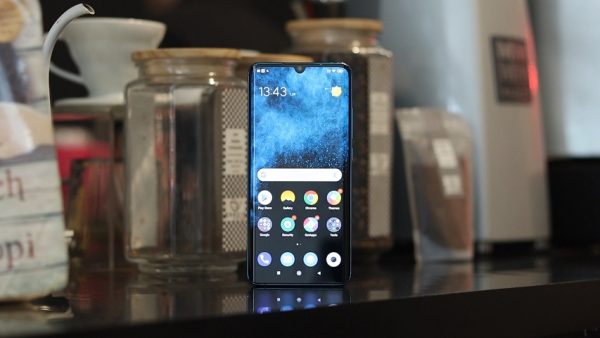 In order to provide comfort and protection for its users, the Mi Note 10 Pro screen has also been coated with a protective Corning Gorilla Glass 5.

Turning to the software side, Xiaomi Mi Note 10 Pro comes with Android Pie with MIUI 11 on it. As is known, MIUI is a display interface made by Xiaomi that is made in such a way as to make smartphone interaction more simple and easy with additional features also embedded in it.

Now it's time we discuss one of the superior features in the Xiaomi Mi Note 10 Pro. As if not wanting to lose 'set' with other brands, Xiaomi equip this brand-new smartphone with 5 rear camera features with the main sensor resolution which is at 108 MP (f / 1.69). 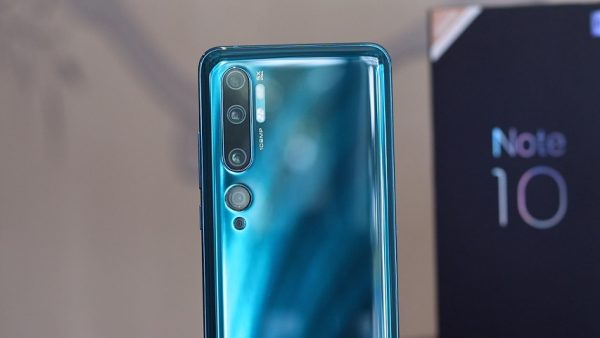 The third lens, none other than the main sensor Mi Note 10 Pro which offers a resolution of up to 108 MP with OIS 4 Axis that promises sharp image quality and does not shake when stapled. Furthermore, there is an ultra-wide angle ensa 20 MP resolution with f / 2.2 aperture. In accordance with its function, this lens allows us to take pictures with angles of up to 117 degrees. In addition to the four sensors above, the Mi Note 10 Pro also has one other sensor, the 2MP lens that serves to take macro photos.

Also read: 8 Reasons You Should Buy Xiaomi Redmi 8A

Armed with the rear camera specifications as mentioned, the results of the Mi Note 10 Pro aiming are highly qualified to produce good quality photos. With the main viewfinder resolution of 108 MP, the image taken is very sharp, even when we have magnified it. While with four additional sensors, we were made free to explore the camera in order to get the image as desired. 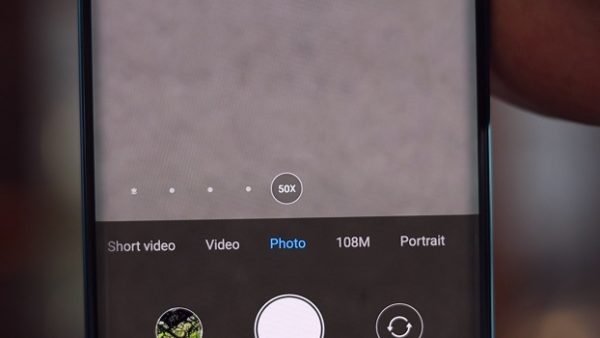 When judging from the selling price of IDR 6 million, many expect Mi Note 10 Pro to come carrying flagship class chipsets from Qualcomm. Unfortunately, that did not happen, because Xiaomi prefers to use Snapdragon 730G for the Mi Note 10 Pro.

Nevertheless, the selection of Snapdragon 730G seems not without purpose. Maybe, Xiaomi wants to highlight the Mi Note 10 Pro in terms of the camera, then in terms of price it also seems that the company doesn't want to be dreamy. So, choosing Snapragon 730G still makes sense. After all, the chipset that is used also has a number of advantages and qualified performance. While the enhanced Adreno 618 GPU is ready to provide up to 25% faster graphics rendering.

In addition to the processor, the Xiaomi Mi Note 10 Pro is also equipped with 8 GB of RAM and 256 GB of internal memory. With an extra large internal memory, at least makes the user more free, where there is no need to worry about its capacity will quickly run out. 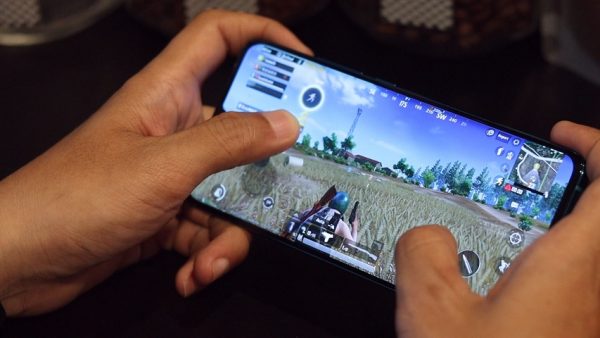 Interestingly, the Snapdragon 730G chipset that is carried by the Mi Note 10 Pro also has Snapdragon Elite Gaming features. With this feature users can comfortably play games with the Wi-Fi Latency Manager and Jank Reducer features that will continue to support their best gaming capabilities.

Do not miss, the Mi Note 10 Pro is also equipped with an extra large battery, which is 5260 mAh which is interestingly also already equipped with a 30W fast charging feature that allows the battery to be fully loaded 100% in 65 minutes.

It's not difficult to say that the Xiaomi Mi Note 10 Pro has enough stock to compete in its price segment. The assumption that this smartphone only relies on the 108 MP camera feature also seems quite early, given the various other advantages it also has owned by the Mi Note 10 Pro. Starting from the body concoction that is quite elegant, an AMOLED screen, a large battery, and a number of other supporting features, such as NFC and IR Blaster (remote control). No less interesting, Mi Note 10 Pro has also adopted a fingerprint sensor on the screen, a feature that is currently only felt on smartphones with AMOLED screens.

Sat Feb 15 , 2020
Not only providing gaming laptops with luxurious prices, Asus also note the segment of users who want a cheap gaming laptop. For this reason, GA502DU was born.Entered ROG Zephyrus family, this gaming laptop has the thinnest body. What about the features and performance? Promising, consider the following review? Design and […]