GadgetSquad.id – The term multitasking has been around for a long time, especially since computing devices have increased performance thanks to the rapid development of technology. Multitasking in the world of computing means running two or more applications simultaneously. Multitasking is also very closely related to productivity because the work will be completed faster if the applications needed to work can run simultaneously. 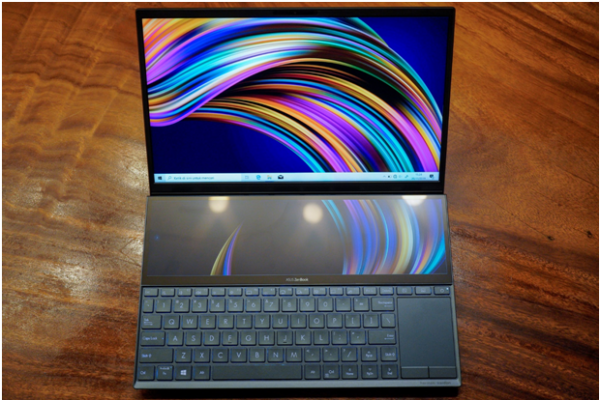 While desktop PCs can be connected with two or more monitors easily, laptops that mostly only have one screen clearly cannot deliver optimal multitasking performance. Unfortunately, presenting an additional screen on a laptop with optimal functions for multitasking is not easy.

Answering this problem, ASUS introduced the ZenBook Duo UX481 in mid-2019 globally. The laptop with a 14-inch screen appears very unique because it has a second screen called ScreenPad Plus specifically designed to increase the productivity of its users through multitasking.

The ZenBook Duo UX481 is a laptop with a concept of the future that represents timeless innovation. Through this concept, the ZenBook Duo UX481 comes with an asymmetrical body that is unique and modern, but still displays the distinctive ZenBook design with a spun-metal finish on the back of the screen.

ZenBook Duo UX481 also comes with a very elegant Celestial Blue bandage. Not only that, this laptop also has MIL-STD 810G military standard endurance certification. The certification proves that the ZenBook Duo UX481 has passed various extreme tests ranging from the usage test at extreme altitude, the endurance test if the laptop is dropped from a certain height, the vibration resistance test, to the usage test at extreme temperatures. 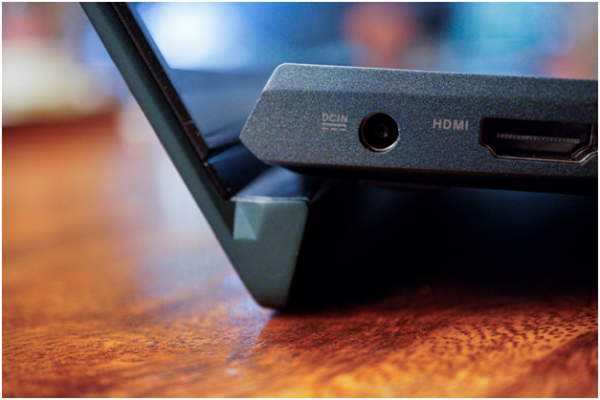 ASUS ZenBook Duo UX481 is a premium laptop for users who like to do multitasking or multitasker. To support the activities of its users, this laptop is not only equipped with ScreenPad Plus but also the best screen in its class.

ZenBook Duo UX481 uses a Full HD resolution screen with professional-grade color reproduction, namely at 100% sRGB color space. Not only that, the color produced on this laptop screen is also accurate because it has been calibrated and has pocketed the Pantone Validated Display certification. It can be said that this laptop is also suitable for creative professionals who often work with standard creative applications such as photo editors or illustrators. To facilitate its users, ASUS also provides a special pen.

ScreenPad Plus for Maximum Productivity

The main feature that distinguishes the ZenBook Duo UX481 from other laptops is the ScreenPad Plus. Unlike the ScreenPad in the previous ZenBook series, ScreenPad Plus comes with a much larger screen size and is specifically designed to maximize productivity.

How can ScreenPad Plus maximize productivity? The ability of multitasking is the answer. ZenBook Duo UX481 users can display up to three windows or applications on ScreenPad Plus. Simply drag-and-drop the desired application and position it according to the layout provided. If you only want to display two applications, drag the selected application to the edge of the ScreenPad Plus screen and the system will divide the screen into two parts automatically. 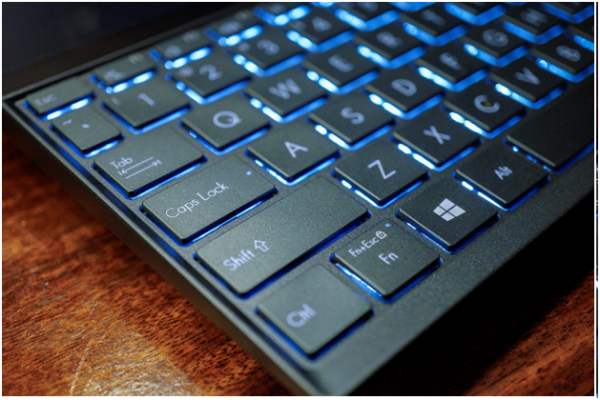 One special feature that should not be missed is the Quick Key. This feature allows ZenBook Duo UX481 users to display a shortcut button on the ScreenPad Plus screen. Besides being able to be tailored to the needs of its users, Quick Key can also be integrated with whatever application is being run. Thus the Quick Key can display shortcut keys according to the currently running application.

Intel Core 10 processorth The genes that are the brain of the ZenBook Duo UX481 have powerful performance for a variety of activities, from work to enjoy multimedia content. Not only that, the Intel Core 10th Genes also have lower power consumption than the previous generation, so this laptop user can work longer without having to connect to a power source.

ZenBook Duo UX481 also comes with an NVIDIA GeForce MX250 graphics chip which is quite powerful for various computing activities such as working and enjoying a variety of multimedia content. Not only that, this 2GB VRAM graphics chip can even be relied upon to accelerate performance when doing light photo or video editing.

Unlike laptops of its class, the ZenBook Duo UX481 offers a much better performance and multitasking experience. Thanks to qualified specifications and ScreenPad Plus, ZenBook Duo UX481 users can do more, including getting things done faster.