GadgetSquad.id – Pop Up Camera feature, Rising Camera, motion camera or whatever it's called, is a feature that is trending lately. Some vendors are competing to release the newest smartphone that features a motion camera. No exception Asus Zenfone 6. But the presence of the latest Asus smartphone is somewhat late compared to other mobile cameras, such as Vivo V15 / V15 Pro, OPPO F11 Pro, OPPO Reno and Samsung Galaxy A80 which are officially marketed in Indonesia. 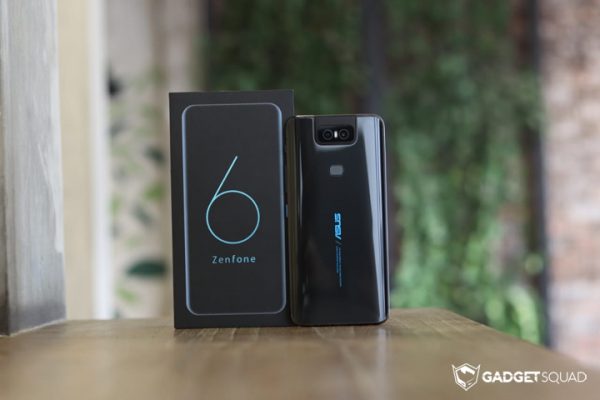 Also read: Asus Zenfone6 So Released in Indonesia, the price?

Asus Zenfone 6 brings a motion camera feature that is different from several other smartphones that also carry the same features. Before discussing in more detail what are the differences in the motion camera on the Asus Zenfone 6, we first discuss various other features. 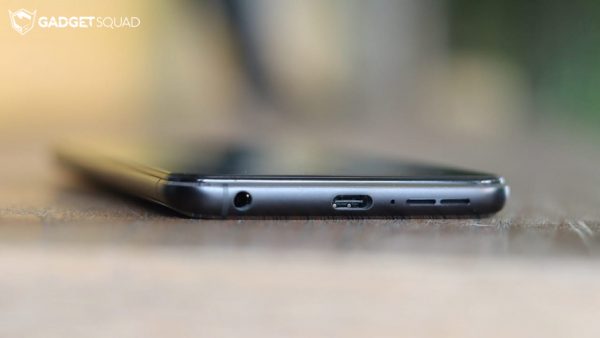 Asus Zenfone 6 looks luxurious with a rear body that uses 3D-Curved Glass. Asus Zenfone 6 comes with a choice of body colors Midnight Black and Twilight Silver. This smartphone body is equipped with Power, Volume and Smart Key buttons on the right side. The Smart Key button by default functions to open Google Assistant features, but can also be changed and setup for other feature functions.

On the left side body, there is a simcard and Micro SD which is non hybrid. This means that this place provides 2 slots for simcards and 1 slot for Micro SD memory cards. Turning to the lower body, there is a hole 3.5 mm audio jack, mic, speaker and USB Type C port for charger and data cable. 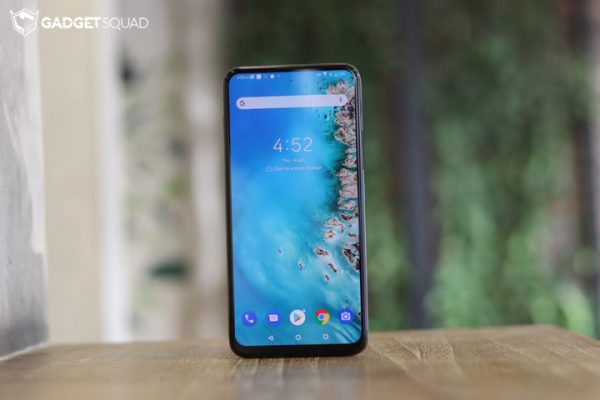 Asus Zenfone 6 carries a 6.4 inch Nanoedge Display screen. This screen looks spacious, in addition to its large size, also because of the thin bezel screen design. Plus there is no notch on this screen, so for those of you who feel notch disturbed when enjoying content on the smartphone screen, on this smartphone no longer

The sharpness of the screen is supported by IPS technology, though not as sharp as Super Amoled, but the screen display on the Asus Zenfone 6 still feels sharp. Moreover, the screen resolution has reached Full HD + (2340 x 1080 pixels).

What makes the use of this smartphone more comfortable, that is because the screen has been coated with Corning Gorilla Glass 6. With the latest protected version of Gorilla Glass, this guarantees that the screen will be more resistant and scratch resistant to sharp objects at once.

The camera is 180 degrees 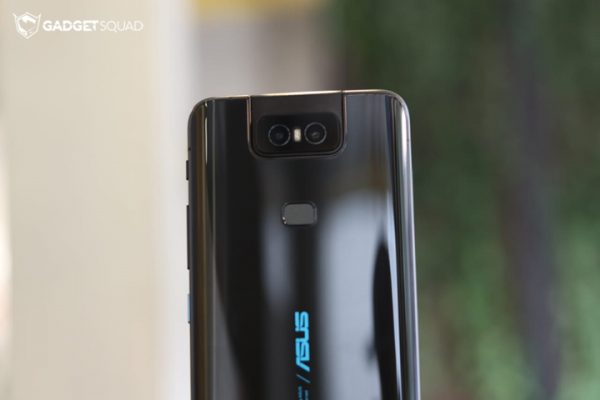 You could say the motion camera on the Asus Zenfone 6 is different from the one on the Vivo V15 / V15 Pro, OPPO F11 Pro and OPPO Reno. These four smartphones have cameras that move up and down only. And even then, only the front camera moves.

It turns out that the motion camera on this Asus smartphone in addition to moving itself from the rear camera function to a selfie camera, users can also adjust themselves to what extent the rotary motion of this camera. You do this by simply rubbing the icon … towards the top or bottom, and the camera movement will follow. For example, only want to move the camera as far as 90 degrees to take pictures or record video, it can be done.

The rotating motion of the camera on the Asus smartphone can be used to take panoramic photos automatically. So the user does not need to move the smartphone, just be quiet so that the camera moves.

The motion camera on the Asus Zenfone 6 also features a Motion Tracking feature. Where the camera will rotate in the direction of the movement of the selected object. 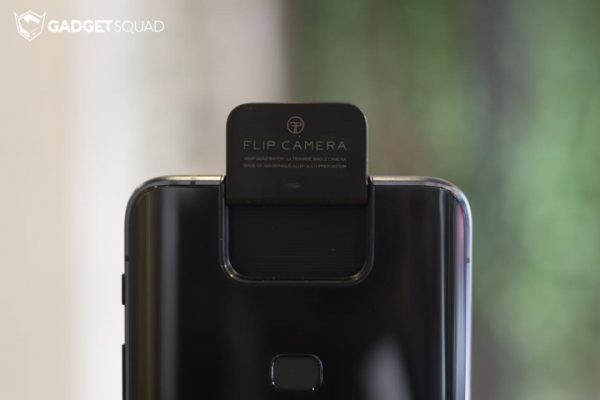 The motion camera on the Asus Zenfone 6 consists of a Dual Camera. The first camera with 48 Mpix resolution with Sony IMX 586 sensor and F / 1.79 aperture. Both cameras are 125 degree Ultrawidw cameras that can capture images more broadly. Both cameras are also accompanied by LED flash.

And this is interesting, all the features and reliability of this camera can not only be used to take pictures or record normal, but also when taking selfies or vlogging. Like Super Night Mode or Super Resolution 108 Mpix. The recording capability of the camera has also reached a resolution of 4K @ 60 fps, plus it is equipped with an Electonic Image Stabilzer. Very suitable for producing high-quality vlogs. It also comes with other video recording features, such as Time Lapse (fast motion video). Slow Mo (slow motion video), Wide Angle, Pro and Artificial Intelligent Video. 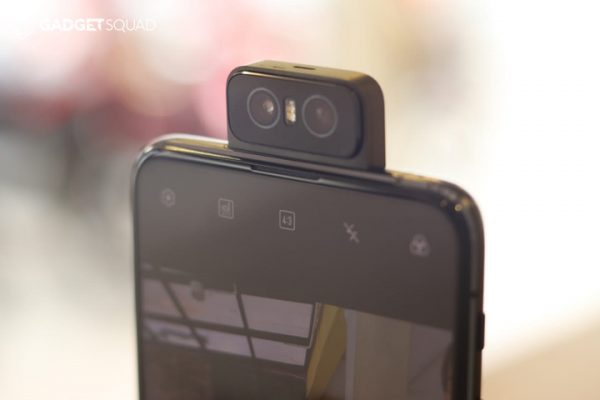 This camera can also function as a Face Recognition security feature. Besides also already provided a fingerprint scanner on the rear body.

Problem movement mechanism of the Dual Camera is called designed with Liquid Metal whose structure is stronger than ordinary metal. Besides this camera movement is supported by 13 gear boxes. What's interesting is that this motion camera is equipped with a kind of gravity sensor, so if the smartphone is dropped when it is in the open camera position, then this camera will automatically close so it won't break.

For performance, Asus Zenfone 6 is also no joke. Because it has been supported by Snapdragon 855 Flagship 7 nm processor. Also supported by Andreno 640 GPUs. Although not yet known for the official version will carry how much capacity, but for the highest RAM Asus Zenfone 6 is equipped with 8 GB of RAM. While the memory capacity is 256 GB. Not to mention the Micro SD slot already supports up to 1 TB.

The Asus Zenfone 6 adopts the Android 9 operating system combined with ZenUI 6. When trying to test the performance of this smartphone using the Antutu Benchmark application, scores are obtained: 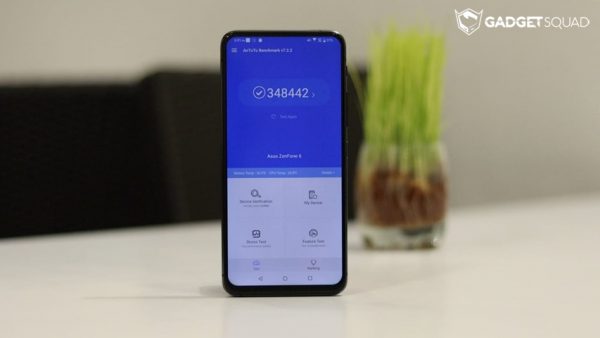